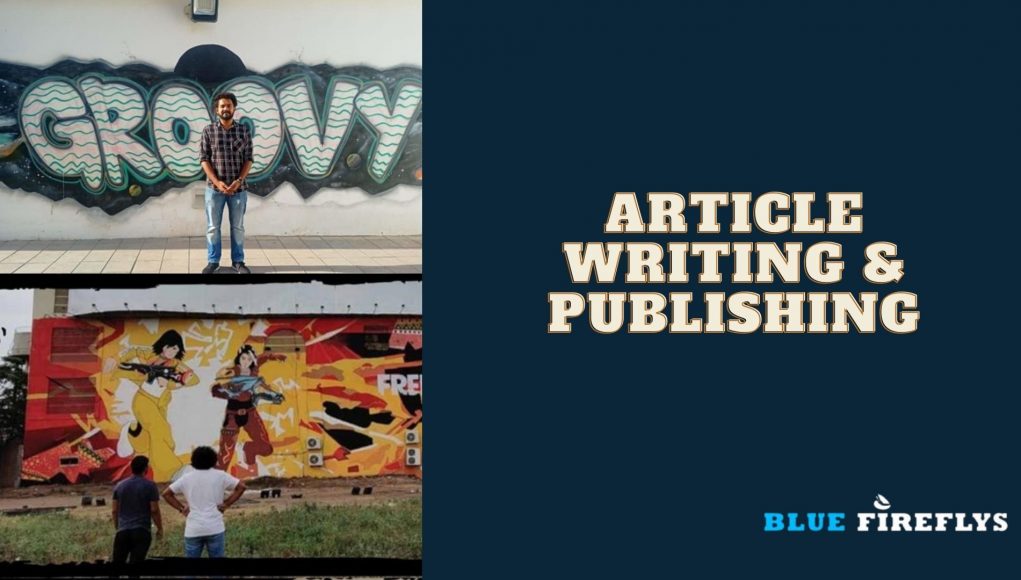 Mohanna Rehman– The graffiti artist, living in Karachi Pakistan also known as Mr. Curly. He is one of the top 10 graffiti artist of Pakistan while also made his name in the top 400 artists of Pakistan. He is 27 and his qualification is BBA (Bachelors in business administration). When I asked him, how he began his art? He added that he has been working since last 7 years but professionally he started his work in Covid-19 pandemic’22. He feels satisfaction by doing his work. When he was asked what is his motivation behind his artistries? He added that I love to ruin the walls through my painting. He is a self-taught artist. He initially started his painting on walls but not on canvas. Murals and wall paintings have used as a kind of narrative, and art is the process of making something meaningful from nothing. It has provided a platform for civilizations from all over the world to share their stories and preserve their tribe or nation’s unique legacy. Murals and wall paintings are also seen as a link between the past and the present, as well as a glimpse into the future. Wall painting has been present for centuries, and it was formerly utilized for various reasons than it is now.

They were seen as works in which artists might express themselves and communicate to the world a society’s present achievements, worries, and hopes. There’s a lot more to wall painting than meets the eye. These stories are coming to light as technology advances. When he was asked who inspired him to make his art pieces? He added that my Mother is my inspiration. His mother was doing painting not professionally but as her hobby. She always motivates him to do artistries. Mohanna Rehman’s biggest and iconic art is present in Lahore which is “Free Fire wall” and it is 3700 meters long. Its completion duration was 7 days. It was made in 2021. He added that he faced many difficulties throughout his 7 years journey. His friends demotivates him by saying why you ruining the walls? But he added that I keep doing and learning and I am very happy with my work. The art has great importance in his personal life. He added that I love my work and in future his goal is to make a proper firm with one of his friend. Currently, he is doing freelancing. When he was asked what is the scope and importance of art in Pakistan? In his belief, people are not aware of art and artists in Pakistan.

There is no concept and value of art in our country. People will buy expensive and magnificent artworks not to honor the artist, but to show off their cultural sophistication, without truly understanding what the artwork is attempting to communicate. They only think of art as something lavish, attractive, and visually appealing. They think that art (paintings, murals, mosaics, sculptures, and other works of art) should be presented prominently. There is a story waiting to be told under the smooth surface of sculptures, the remarkable curves and lines of paintings, and the tempting hues of art objects. There is a long history behind art, such a delicate discipline, such as the efforts of ancient painters as they attempted to create a beautiful and appealing world. Winding up his interview he added that every artist paints his own nature into his images by dipping his brush in his own soul and he loves to communicate his thinking to the world and he is still learning. He also added that our government should also promote art culture in our country.

This article has been pen downed by Humna Baig who’s exploring her recently discovered interest in blogging, if you have any queries regarding above article contact her at

From one generation to another: A daughter tries to keep traditional...