BlueFireFlys
Home Sports CM Punk is Back to the Wrestling and Announced his First Fight... 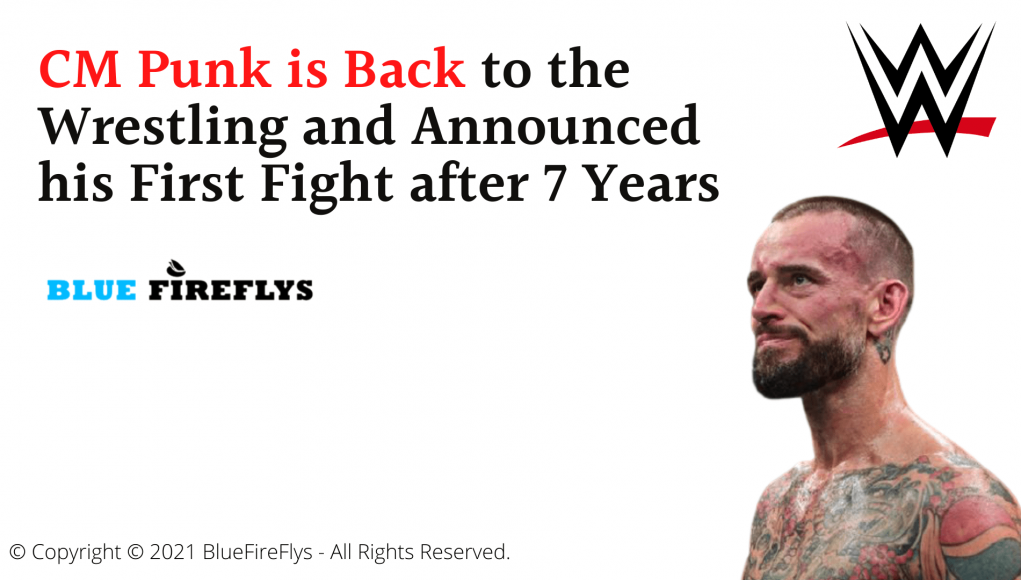 CM Punk is back in the business.  He officially announced his return to the Friday night event.

But the situation is different now.

CM Punk has made his return after 7 long years. He was away from professional wrestling but now appears at “All Elite Wrestling “Rampage” in Chicago. He made his return to officially announce his commitment to the company.

The whole crown was surprised and in shock when they saw their hero after seven long years. CM Punk is back in the game.

It’s been a long time since @CMPunk has been in a ring, and he feels it!

CM Punk is Back

CM Punk is a professional wrestler and his real name is Phil Brooks. He left WWE after a public dispute with the CEO of WWE. He was being involved with a WWE doctor and after the defamation, he decided to quit WWE professional wrestling.

CM Punk tried his luck in the UFC but the luck was not in his favour. He played 3 games and lost 2. He lost his fight with Mike Jackson in the very first round. His struggle was real. The love for the ring remains there. CM Punk was on his way towards professional wrestling. CM Punk joining the AEW company which eventually took him to the WWE. Now, he is back and announcing his thrilling come back.

Now, CM Punk is back & announce his comeback with a bang. He challenges Darby Allin for the fight on September 5th at AllOut Event.

.@CMPunk lays down the challenge to @DarbyAllin at #AEWAllOut back here in Chicago on Sept. 5!