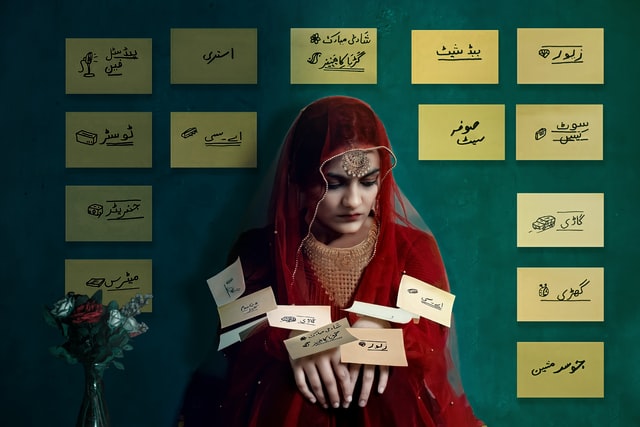 The dowry system predates the British period. In those days, dowry was not thought of as “money” that the bride’s parents had to pay.

The purpose of the dowry system was to ensure that the bride would be financially secure following her marriage. The goals were crystal clear. The bride’s parents used to give money, property, and other assets to the bride as a “gift” to ensure that their daughter would be happy and self-sufficient after marriage which they can easily afford.

Now the trend threw the dowry system into chaos! The bride’s parents were now looking at their daughter as a source of cash. Parents began to despise their girls and only wanted sons. As a dowry, they began to expect money. Women were oppressed because they lacked the same rights as men. Since then, the groom’s parents have used this rule to their benefit.

Dowry is a societal scourge that has had a negative impact on people. It has wreaked too much havoc on the societal structure. The dowry system has spawned far too many negative consequences. It will drive many girls to commit suicide in order to save their parents from poverty.

The birth of a daughter was viewed as a curse in many households, and there was even a case where a family’s daughters were put to death. The boy accepts the girl since she comes from a wealthy family and is well-educated in the field of service. He also wants a girl whose parents would be able to provide a large dowry at the time of the wedding. The dowry system in our society is a type of discrimination against unmarried girls, whose worth is determined by their dowries. The concept of dowry has resulted in a significant number of instances in Pakistan.

Mostly marriage is broken because of the dowry, the girl feels insecure in society, develops an inferiority complex, and remains emotionally subdued. She considers herself a burden to her parents. As a result, she committed suicide. She falls into a deep depression. Due to a lack of dowries, the girl’s in-laws tortured her, abusing her, insulting her, and passing snide remarks.

Finally, I’d like to recommend that dowry is a really awful thing that should be prohibited in all countries. Because it is a source of worry for parents of girls, banning this ritual leads to a happier existence. A dowry should be governed by correct norms and laws. To eliminate this hazardous disease in society, proper efforts should be done. Dowry is gradually becoming a part of society. As a result, parents must stop requesting dowry. NGOs should be present and make sincere attempts to stop this behavior.

My Country People, their Simplicity and Innocence