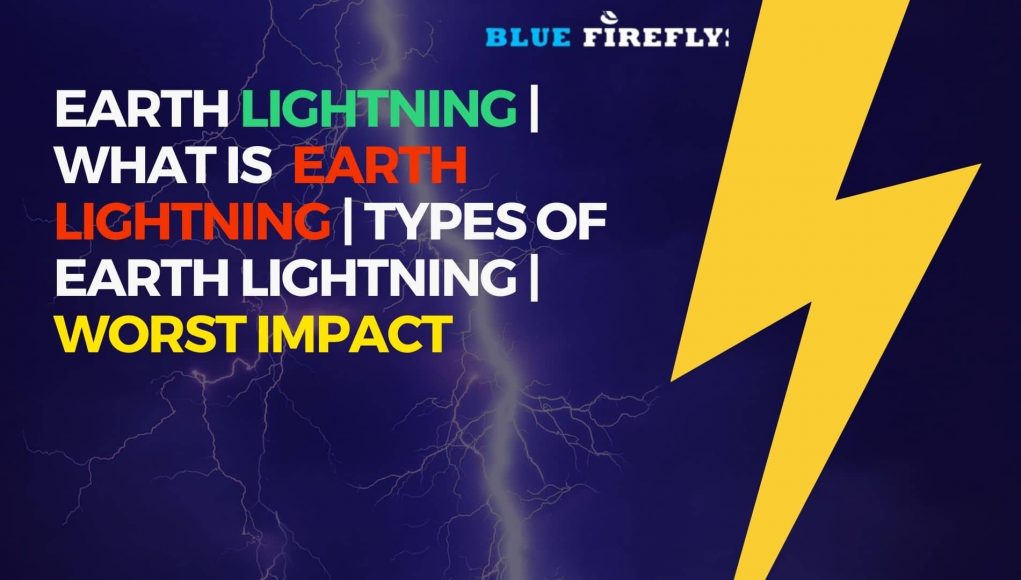 Earth lightning is purely a natural phenomenon that is incredible to see but the scientists are still working on it to configure that how it came into being. It is common during summer days when the temperature is at its peak, suddenly the clouds come and then the temperature decreases with the lightning inside the clouds. It is estimated that earth lightning occurs between 50 – 100 times within a second worldwide.

The center point where earth lightning occurs most of the time is south America, Central Africa & the Himalayas. It seems like it is flashing in between the storm of clouds and the earth. It is purely electrically charged & when the positive and negatively charged particles inside the clouds grow big enough the lightning happens.

What is Earth Lightning?

It lasts for just a second and does the distance from the clouds to the earth and the also go back. Lightning happens most of the time where the temperature is hot. Just like Florida in the United States. This deadly natural phenomenon causes the death of hundreds in a single year.

There are several types of Lightning that occurs. One of the main types is called Cloud to Ground Lightning. This naturally occurring phenomenon hits the earth about 100 times in a single second. The most charged and highly voltage power shocks hit the earth and cause damage in sense of lives and other precious things. This phenomenon usually hit trees, cars, and even sometimes it hits the ground.

The cloud to ground lightning happens when the negatively charged steps race down and reach the bottom of the clouds. These are also known as step leaders which may cause lightning while reaching the bottom.

The cloud to cloud lightning only happens in between the clouds and never its the earth. This means there is no damage at this time of lightning.

The most common types of lightning happen inside the clouds which never hits the earth. It is observed that approximately 1 to 20 cloud to ground lightning is positively charged. Cloud to the ground is the only type of lightning that hits the earth directly and which is spectacular to watch.

What is the Impact of Earth Lightning?

When the lightning happens the scenes are spectacular to watch but it’s too dangerous as well. It nearly kills 2 thousand people worldwide and damage trees, buildings, cars and other valuable resources. This high voltage lightning can burst anything within a second. Lightning can also impact negatively humans. It can cause weakness, memory loss, dizziness, cardiac arrests.

Hits the trees, vaporize the water and blows them away. It destroys every single thing it hits. From buildings to humans nothing is safe from lightning and also from their impact. It is greatly impactful and can cause damage within no time.

Lightning is a naturally occurring phenomenon. This is a purely natural process and it happens because of the misbalancing between the storm of cloud and the earth or inside the storm of clouds. It is purely natural and nothing can stop it. This natural disaster is spectacular to watch but it can cause the loss of hundreds of lives. Therefore, when you see the lightning is happening don’t move or go outside. Stay below the shelter and let it happen.

It is extremely dangerous and can take your life within a second. It is observed that nothing is safe from lightning but one can do precautionary measures to keep them safe. Advise your friends and family to take this seriously and don’t move out while the lightning is happening.