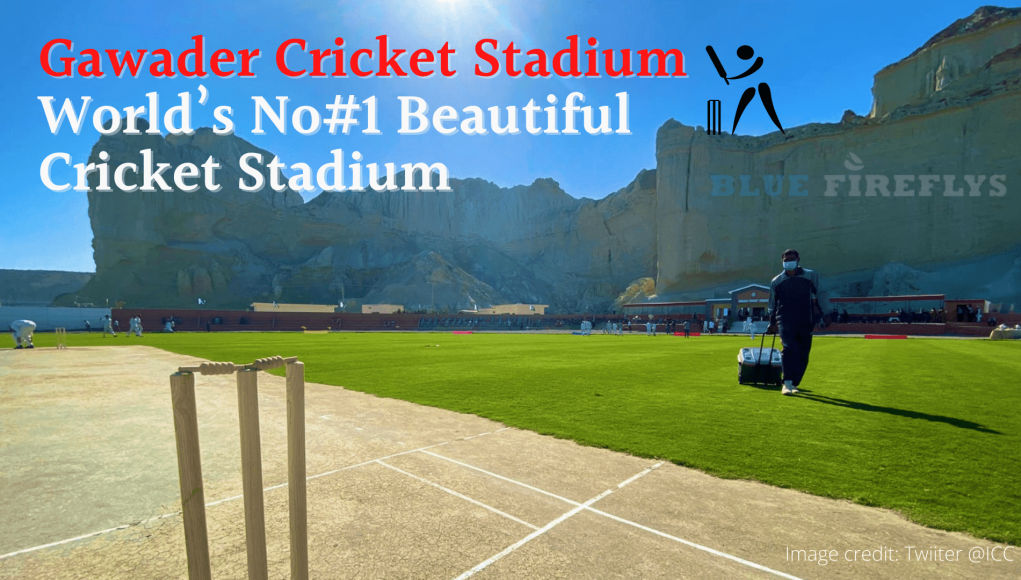 Gawader Cricket Stadium is the world’s most beautiful and attractive stadium. This stadium is trending in the world of cricket because of its breathtaking view and location. The whole world is appraising the beauty of Gawader cricket stadium. The stadium is surrounded by beautiful mountains which makes it more beautiful.

Gawader Cricket Stadium is officially inaugurated in 11th November 2020 for cricket matches. The stadium is inaugured by Jam Kamal Khaan (Chief Minister of Balochistan). Ever since the inauguration, ground is fully functional and the matches are ongoing. The ground is open for local and domestic matches.

Gawader is famous for the Gawader seaport which was inaugurated by Gen Perwaiz Musharraf back in 2007. This port is built with the help of China and is listed in the world’s top rank seaports. Because of Gawader port, the surroundings of Gawader are also developing. Gawader Cricket Stadium is located near the Arabian sea. One side of the stadium is surrounded by Mountains and the Arabian Sea on the other side. Well-known PSL Franchise Peshawar Zalmi has used this ground for their practice sessions. The owner of Peshawar Zalmi was surprised and impressed by the beauty of Gawader Cricket Stadium. He shared the pictures of this stadium on his Twitter account as well.

Trending in the World of Cricket

The most beautiful cricket stadium is appraised by cricket lovers all over the world. Situated right after the mountains and Arabian seaport, the stadium’s beauty speaks for itself. Even ICC has recognized the beauty of this cricket stadium.

🖼️ Show us a more picturesque sports venue than the Gwadar cricket stadium in Balochistan.

The weather of Gawader is suitable for playing cricket. The summer is hot & short while the winter is comfortable and dry. A cold breeze blows due to the Arabian sea near the stadium. The temperature in summer is around 30-35 Degree Celsius while in winter it lowers up to 18-20 Degree Celsius.

The world’s most beautiful cricket stadium is now situated in Gawader. The stadium is surrounded by rock mountains, with the Arabian Sea on the other side. Lush green grass and a spectacular scene make it more beautiful. Famous TV anchor Fakhr-e-Alam is also appreciating the beauty of Gawader Cricket stadium and inviting the world to come and play here.

To all #cricket playing friends everywhere in the world….come visit us…come play cricket with us here in Gawadar cricket ground….it’s the most beautiful cricket ground Inhave ever seen…… pic.twitter.com/XP6HSFOOCs

Cricket is a gentlemen’s game. From Asia to Europe cricket is played everywhere. Cricket lives in the hearts of millions of people. It is natural if the stadium is more beautiful and attractive then it doubles the joy of watching cricket live. This Gawader Cricket stadium will be the future of cricket and will become the most favourite cricket ground all over the world. Some development process is undergoing but will be complete soon. Local matches are being played. I strongly recommend you to go and play there with your colleagues and friends before it’s too late.