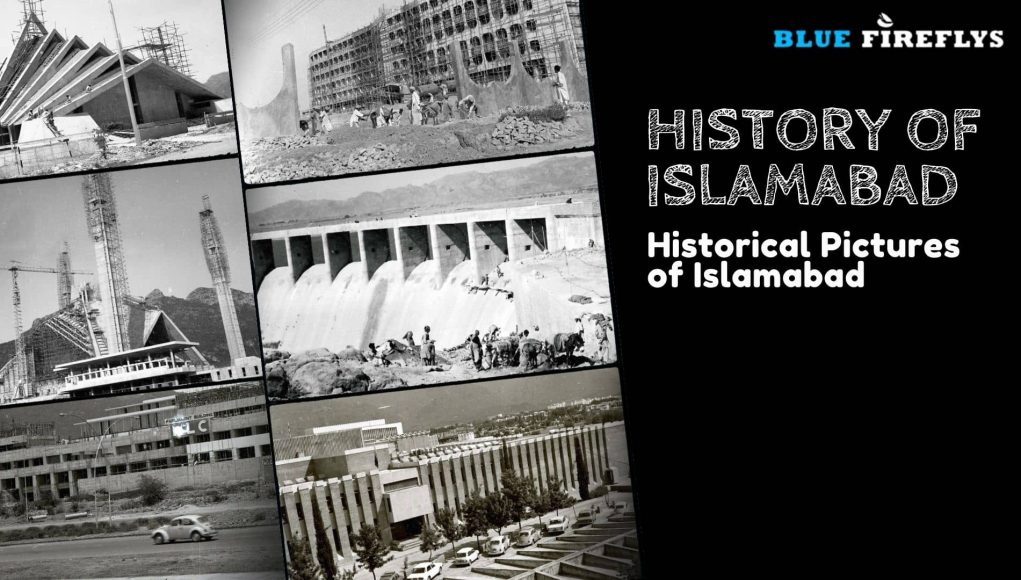 Islamabad is the capital of Pakistan and is considered the most beautiful and developed city in the entire country. It is located on Photohar Plateau in the northwest of the country. It is the twin city of Rawalpindi as they are located very close to each other and hardly some roads and areas part them and pull a barrier across them.

For many people history of Islamabad has been a point of curiosity. In the past it was just an area that comes after Rawalpindi before going to northwest Frontier Province (NWFP); now Khyber Pakhtunkhwa (KPK) province of Pakistan.

History of Islamabad has believed having the most ancient habitants of Central Asia. This area became a place when people of ancient times pass through this to reach Central Asia. They stayed here, established camps, and then slowly this area became a living place. Armies of Tamerlane and Alexander and Aryans are considered the first explorers of the city while invading the subcontinent.

Many areas of the city had been dug and historical treasures were found in them. The history of Islamabad is considered 1 million to 500,000 years old. Several pottery utensils, jewelry, medications, arms, and ammunition were found to reflect the intelligence and advanced approach of the ancient people of that era. 5000 BC skulls and bones were found. The history of the area is considered ended with Indus Valley Civilization destruction due to known reasons. The remains of the Indus Valley Civilization are itself the greatest historical treasures of South Asia.

Islamabad was made the capital of Pakistan after thinking, negotiations, and stressing upon the various factors. Karachi was a city with an enormous population with extreme business, commercial, and to the extreme south of the country. It was also a city that mainly reflected one culture of the country and that is the Sindhi culture. It was not an ideal city to be the capital especially in terms of foreign relations.

So Islamabad was built to be the capital of the country where people from all cities of Pakistan were working and living and reflected an overall culture and tradition of Pakistan. It is also almost in the center and north of the country and easy to reach from every side. Moreover, Islamabad has almost every season, with a better climate, ideal location, peaceful, aesthetic, and mountainous and plain beauty of the country.

Islamabad is also considered the first stop in the north of Pakistan. As soon as Islamabad enters you start entering the northern areas of Pakistan. For many people, Islamabad is another world of the country. It is peaceful, calm, airy, ample, and most cleaned and greenish. It has Margalla Hills to the north which is the first mountainous beauty stop in the country. It also has rich wildlife. There are also many peaceful places in Islamabad you can find more about them over here.

Here we’re going to show you the historical pictures of Islamabad which you have never seen before.

All these pictures are taking from CDA and these are the official property of them.

Faisal Mosque, Islamabad under construction in 1966

View of president house under construction

View of rawaldam during capital development

© All Rights Reserved by Bluefireflys