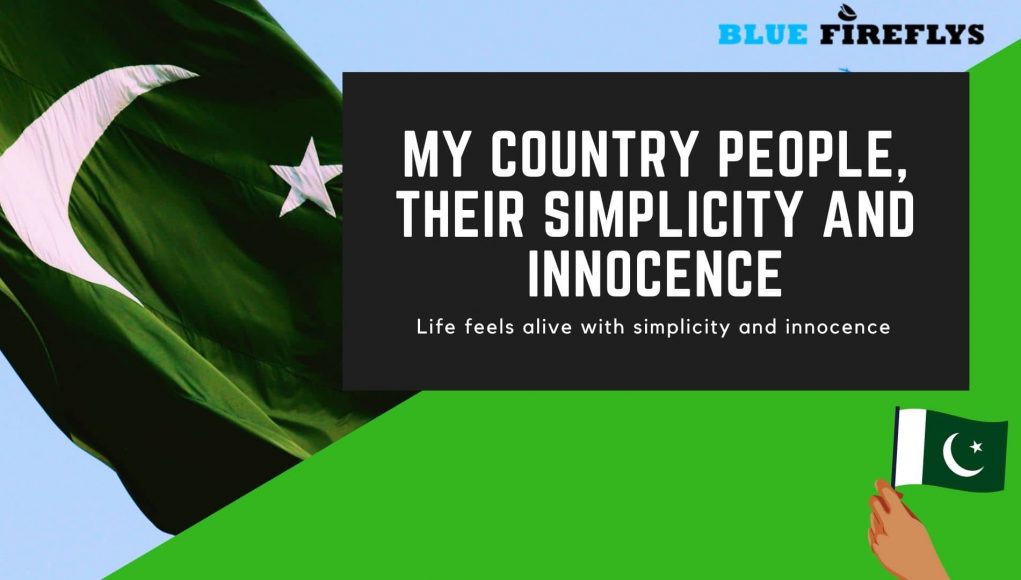 The planet where we are living, is not a suitable place for simple and innocent people. If you show any of thus such characteristics you are considered abnormal, boring and by many other names. You have to be clever no matter what for the survival.

Whatever I have written is just to show that how many of my country people are simple, enthusiastic and show love to those whom they don’t even know, how many of them are supporters and how they find their little happiness in little things. As per my daily routine I went to bed on 24th of October for sleep and I was just about to sleep suddenly I heard the noise of hooting and fireworks outside and I could hear the joy in the air as Pakistan won the match from India so, everyone was enjoying and celebrating.

I personally have no interest in cricket and gathering things and stuff so I with those joyful noises was unable to sleep and I was thinking to myself that what the hell, why are they doing this to me I am here trying to sleep what are these people doing.

But then I took my mobile phone scrolled through these WhatsApp statuses and everywhere there was this match thing going on but I felt that I really felt that, that how much innocent and simple these people are that they might have a lot of problems in their lives but still they left their all works and tensions and were all the time praying for our team and were tensed during the whole match thing whenever it took place, every time, my point here is not that we should not be supporting our team.

We should be of course as they are the pride of our nation here I’m just talking about the simplicity and innocence of my people that they are so much patriotic and emotionally possessive people that whenever thus such occasion takes place they leave their everything and try to find their not only theirs but others happiness too.

I really enjoyed that and felt happy that ok they all are happy now after a big suspense. the boy who works in our hostel as he washes dishes and do cook our food, he completed his wok before time and was very happy that today is the cricket match and he called the admin and with smile on his face he asked Sir! Can I go out to see the match? And the reply was yes and within seconds he ran out as he was very excited to see the match.

So, the purpose of writing this is that they are just the commoners and had working people they don’t know them whom they are supporting they haven’t ever met or talked to them but still they show this excitement, here the element of patriotism is different, I am talking about the element of simplicity and innocence, the joy they show in others happiness.

You may like: Judging the Book by its Cover

I want to add another story which is also showing the element of simplicity and innocence. Well, as I am a university student and I am in an evening program so when I come back from university the darkness almost is there, I was in the bus, it stopped because of the traffic jam and also the traffic lights, my whole day was really exhausting and tiring, time was round about 6 o’ clock.

It was almost dark so, as I said the bus stopped because of the traffic what saw from the window was all the lights of vehicles and darkness was near, a small girl of age might be 6 or 7 and the children with her were all of the same age as hers all of them were running here and there on the footpath they were all the beggars and car window cleaners.

They didn’t know what were they doing and were just playing, that small girl among all of them was offering prayer on her small praying mat she was offering her prayer with full satisfaction on her face, she didn’t care about the noise around her and the children and other things, she was doing her own work, she didn’t care about her that day’s earning because the only way of their earning is when there is a traffic jam they wash and clean the windows of the vehicles and some of them beg so that they get some money to meet their both ends meet.

She left all he tensions and stuff aside and was performing the act, that in all this hustle and bustle she was offering her prayer that innocence really melted my heart and I was thinking about it the whole day, I at that moment even tried to put myself in her place and was thinking that if had had been he what would have been I doing? And also when I offer my prayers that scenario comes to my mind.

We live in a society where simplicity and innocence are not the accepted elements only cleverness is the element for survival but there are many people who know how to survive with simplicity and innocence because they not only live for themselves but they also live for others too and they will surely get a huge reward for it. Many incidents have taken place in my life but these two were recent and they pushed me to think about what is happening all around us.

The main purpose of writing this was to let those know who are having these graceful characteristics that there is no need to change yourself for others, you are beautiful inside and outside if you are of thus such nature, this will be many challenging situations in your life but to face them there is no need to be a clever person the basic and main thing is this will help you experience many things in life and you will become strong and you will be able of face any sort of person and any type of situation as said Simplicity and Innocence is the best policy.

Judging the Book by its Cover | Bluefireflys