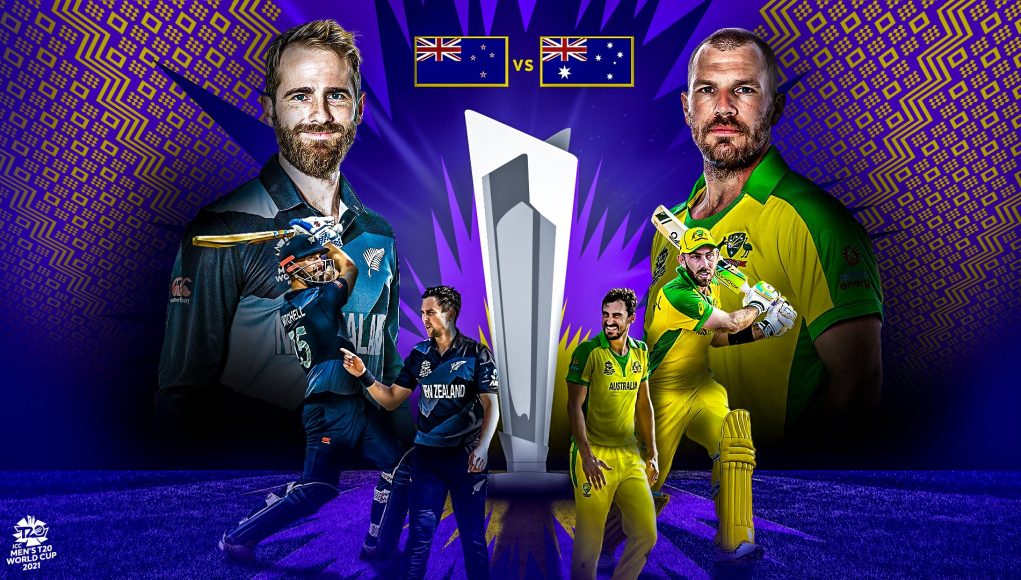 The final two best teams are now announced for the grand finale of the T20 Men’s World cup. New Zealand has smashed the hopes of England and beaten them comprehensively. Whereas, Australia has beaten Pakistan in their T20 World Cup Semi-Final.

The morale of New Zealand players is reaching the sky as they have beaten the most favourite team of the tournament. They are highly pumped and are very much in the game to lift the T20 Worldcup 2021. Starting from Martin Guptill till Jimmy Neesham they have the firepower in their lineup and are most favourites to win T20 WORLDCUP FINAL 2021 for their Country.

It is truly an honour for the country to win the World cup where the world’s top-class teams compete and are up against each other. Indeed all the teams have fought with their 100% efforts but in the end, the best always stands out and New Zealand is among those two worlds’ best cricketing sides who qualified for the T20 WORLDCUP FINAL 2021.

New Zealand is having a well-balanced bowling side as well. They have world-class fast bowlers in the shape of Tim Southee, Adam Milne & Bolt. These three bowlers can change the course of the match within their spell. Moreover, Ash Sodhi also plays his part as a leg spinner and can also damage the opposition. All-in-all this time New Zealand will be fighting for their first-ever T20 World Cup. They truly deserve this T20 Worldcup as they were the underdogs and now ended up in a final of T20 Worldcup which is remarkable by the team New Zealand.

If they win tomorrow against Australia the history of New Zealand cricket will be marked. Because they never won the World cup yet. So, the underdogs are always a dangerous side to play with. Hoping that they will beat Australia in the T20 WORLDCUP FINAL 2021.

Get the latest news about Cricket only on BLUEFIREFLYS

The Old Habit of Australians to Win the World cups:

Australia have won 4 One Day International World cups till now and 1 T20 Worldcup. They played their semi-final against Pakistan which was the only unbeaten side of the tournament. Although the match was really close till the end but the Australians have controlled their nerves and qualified for the T20 WORLDCUP FINAL 2021. Mathew Wade has smashed three sixes in a row to World-class bowler Shaheen Shah Afridi to break the hopes of Pakistani’s for becoming Champions.

PAK VS AUS. Chances of Pakistan to win against Australia in Semi-Final of T20 Worldcup 2021

CM Punk is Back to the Wrestling and Announced his First...