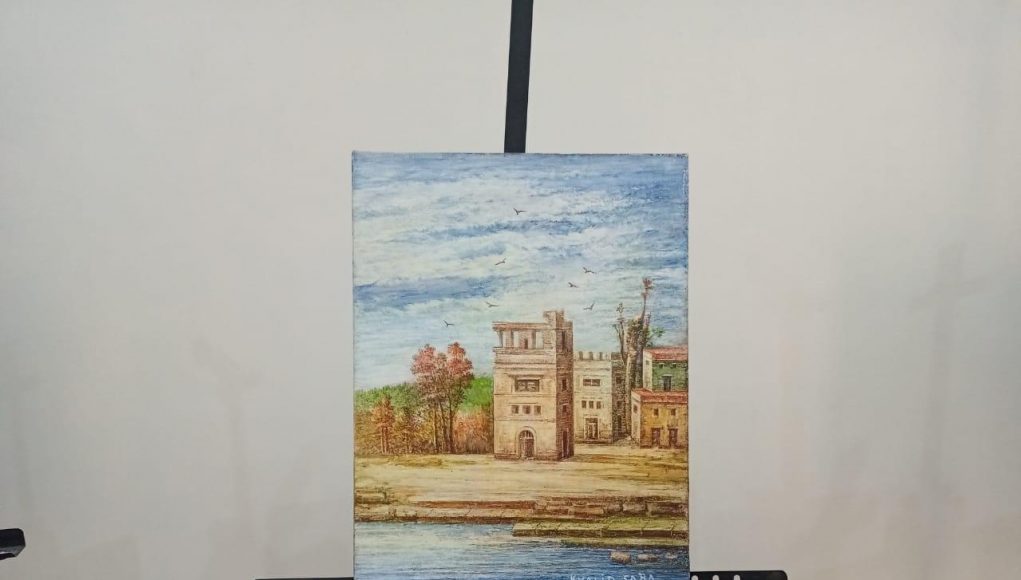 This is a guest post submitted by SABA. All views expressed in this article are of the contributor.

Realistic artists are noted for their ability to use art to recreate reality. Their goal is to convey things exactly as it is.

KHALID SABA WITH HIS UNIQUE PIECE OF ART:

These gifted artists will show how exact and realistic reality can be. Every artist on this list will enchant your senses and motivate you to create.

The representation of nature’s wealth in its natural state necessitates a high level of realistic painting skill. The famous artist Khalid Saba asked, “Realism is a pain in the stalking job and demands considerable patience.”

He won his first noble prize in the police week painting exhibition in the United States in 1984.

A young artist went to Saudi Arabia in search of a job in 1983. In 1985, Khalid took part in a Saudi industrial fair. He also got a second noble award in the traffic week painting contest in front of Gulf Cooperation Council member countries.

He returned to his artistic profession in 2000, after taking a long break due to personal issues, and acquired a certificate from the Art Bank in Karachi, and his successes are growing by the day. His most recent certificate came from China in 2015, when he attended the international Tsai-mo butterfly art exhibition.

I am fully self-taught, which I enjoy because it allows me to explore and research in my own time. According to Khalid Saba, there are no restrictions.

Canvas artisans are extremely dedicated artists. For his upcoming exhibition, Karachi-based artist MR Khalid is creating a lot of canvas art. “That painting took approximately 6 months to produce,” he added. “I put in a lot of effort, a lot of sleepless nights, original ideas, research, and so on.”

On canvas, the 60-year-old well-known artist experiments with oil colors and impressionism. He began by painting doors and windows, then adding walls and roofs to complete the framework of houses and structures with a prepetition architectural emphasis. Usually found in the city’s center.

Artists have been commissioned and inspired to create portraits of people throughout history. Many of these works have reveled in – and even created – prejudices based on race, gender, sexuality, and class. Many artists are reclaiming the portrait nowadays in order to reveal the genuine complexity of identity.

60-YEAR-OLD ARTIST WITH HIS ART:

Yes, I Am inspired by my cultural heritage. But most of the time my composition is imaginary. Said Khalid saba.

“I originally became interested in painting when I was in school,” Khalid explained. He employed a variety of media in addition to oil. He also attempted to follow in the footsteps of the masters of the past. Khalid recently finished his apprenticeship at Clifton’s Studio Art. He is passionate about promoting painting in Pakistan.

It’s hard to believe that an artist can be so humble and unassuming in public, but I found Khalid to be one of a kind in this regard. He has been shown to be more reputable than I had anticipated. He is a respectable, well-behaved, and innocent artist in every sense of the word. He’s just starting out, so I’m praying to Allah, the Almighty, that he stays simple and humble even when he reaches the pinnacles of his craft.

From one generation to another: A daughter tries to keep traditional...