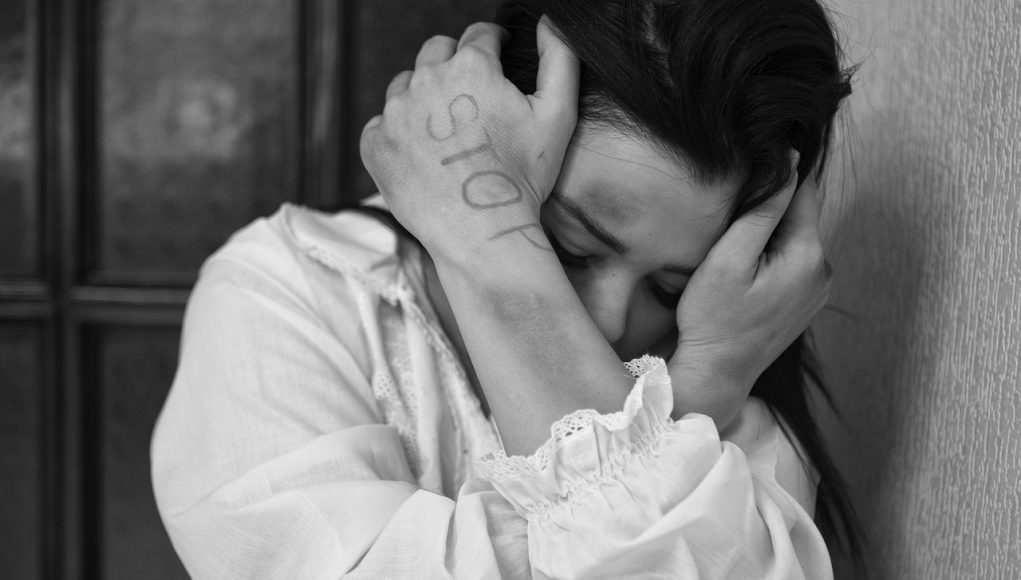 It is not only embedded in Pakistan, but rather other developing and under-developing countries also face this issue.

Harassment may seem just a word to look at, but its consequences are drastic. This leads to molesting and rape if not stopped. This is the reason why most of the countries are facing higher cases of rapes because they don’t stop the harasser at the early stage.

For example, A girl goes to the market to purchase some stuff, few boys harass her in a way like F**k look at her!!. Anybody will find this term very offensive, or the other thing. Which usually happens in a market when a girl pays cash to the seller, he tries to touch her either by holding her hand or simply by touching. This unwanted environment and harassment faced by a woman lead to fear and it degrades her integrity.

Either this thing stops someone to go to public places or a victim can give an effective reply to a harasser.

Let me tell you a brief description of the types of harassment so that you can easily identify them.

Physical/Sexual harassment means to touch someone in a way that the next person feels uncomfortable, touching someone without his/her permission or touching forcefully.

In physical harassment, sometimes it remains confusing that whether next person touches by mistake or he/she is doing it intentionally. But every that touch makes you feel uncomfortable is harassment either that is happening intentionally or unintentionally.

Women’s been more likely harassed physically/sexually as they are not stronger than men (or the harassers).

Let’s say if a person is sitting close-by to you and that person moves his arm back to the bench intentionally and you can feel his hand touching your shoulder, which is making you uncomfortable. But in his defense, he’ll try to say that he did not know about it and he just moves his arm back to the bench but this makes you feel uncomfortable. This includes physical harassment.

Similarly, a working woman, who is working for her family, has been harassed sexually at her workplace. She’s been threatened to stay quiet or she will lose her job, and she stays quiet because she can’t afford to lose a job for her family.

Verbal harassment includes passing comments at someone’s physical appearance and body shaming. This harassment can be recognized. Some people use curse words in their routine life and finds it normal but few people don’t find these words comfortable, so teasing someone with curse words is also verbal harassment.

This creates a very unwanted environment for which one can even avoid going to that place because of the obnoxious behaviour they face.

Verbal bullying is so common that even if you are passing through any public place someone will just make a filthy joke or will say something sexually which will make you feel uncomfortable.

For instance, A girl in any educational institution faces verbal harassment from a bunch of boys who passes the comments on her legs, and then all of them makes fun of her body. This is harassment, bullying & inappropriate behavior which makes the next person very uncomfortable and more conscious about their body.

Like: A person travelling in local transport, and one person sitting at a few seat distance is just looking and staring at her legs. Then looking at her face which will make the person uncomfortable in that local transport and victim is just in fear, afraid and being more conscious.

It also includes harassing someone on social media through their pictures and making false use of those pictures and then blackmailing the victim.

They try to bring the victim in their shoes so that they can do whatever they want from the victim. In case, if the victim objectifies, the harasser blackmails them that they will leak all the private stuff.

-these all are the types of harassment people faces every day. Harassment is not just a single term it includes so much in itself that one can be afraid by even just listening. We see every day new cases of harassment coming up either of physical/sexual/verbal/visual or psychological harassment.

In everyday news, we came to know that a teenage girl has been harassed by a fifty years old man. A university going girl, age around twenty-two has been harassed by her university professor, who takes the benefit of his assigned designation and harass a student and threaten her that she’ll be responsible for her grades if she does not let him do what he wants.

A school going girl has been harassed by her school van driver, who stare at her body from head to toe, and watch her through the van mirror and make false facial expressions.

A kid, who is seven years old has been harassed by her uncle who comes to their home every week, and harasses that child sexually and ask her to not tell this to anybody, so he’ll give her candy.

An old age woman, age around seventy been harrassed verbally by passing curse words on her, the harasser may be any stranger in public who is fighting with her son and passing the curse words to that seventy years old woman.

A woman, age around thirty-five been harassed in public physically by a stranger passing by who touches her back and then immediately leaves.

A blogger on social media has been harassed by a university going boy, who writes an inappropriate and humiliating comment about her body on her post.

_ one thing which is common in all these harassment cases, is that there is no age limit, either its a child, a teenager, mature woman, married woman, an old lady all have experienced this uncomfortable behaviour from a relative, a professor or a stranger, either physically, sexually, visually or verbally.

_ the next thing which has become so common now is that, as there is no age limit, Similarly, there is no gender difference. Boys have also become the victim of harassment.

A fifteen-year-old boy went shopping, for some foodstuff, a shopkeeper firstly who just stare at him, started physical harassment and in return, he’ll give some free food to him. If he stays quiet.

Another boy, age ten years old, who do not know about good and bad touch but know what’s making him feel uncomfortable went to a neighbour’s house for tuition and a tutor there tries to harass him physically. Another term used in it is “molestation” which means bad touch.

An influencer has been harassed for three years by a woman for not working in her video and tries to defame his name.

Similarly, a boy who goes to a university has been harassed by his seniors who pass sexual comments on him.

_ These all situations for a harasser leads to RAPE and MURDERS.

_ And these all situations for victims either male or female leads to fear, anxiety, depression and shatters their character.

Harassment is caused due to a lot of things happening around us.

Firstly, being in bad company, friends who only talk about inappropriate/offensive things, involve in drugs etc. and they will encourage you to do the same,

The Internet can be used both for good and bad use, but its bad use leads to many devastating things like harassment, rape, cyberbullying etc.

It is also caused due to the mental disability of a harasser, as he can not control himself. And makes the next male or female humiliated, uncomfortable and offensive.

•How to combat harassment:

Proper education should be given firstly to children from their childhood. Children’s should know about good touch and bad touch. They should be given the proper knowledge and they should know that they can trust only their parents and can share everything with them. Because in most cases children are afraid firstly from the harasser and then from their parents, they are afraid that their parents might beat them or may not trust them, parents should give this security to their children that they trust them with everything they say.

Parents should keep check and balance on what their child is watching on the internet. Which type of content he/she is following because the internet is another cause of harassment.

Even in schools, students should be given proper counselling on social issues, things happening in society, precautions. Which should be taken for their security etc.

Harasser should never be encouraged for what he is doin. He only gets encouraged when no one is there to stop him/her.

Harassment should be stopped in the first place, if it is not stopped at first, automatically harassers will be encouraged.

A girl or boy if been harassed, should know that what they can do in that situation is either gather people by shouting or by attacking (slapping, or by using any instrument) the harasser. A complaint can also be filed against a harasser so that he/she can legally get the punishment.

_Rise, for you also have a right to live in this society and this world freely. You are not the one who should be locked inside the homes for safety. It’s the harasser who should be kept inside the lockup for his/her heinous act.

iPhone 13 is coming… Click here to check the release date and specifications.

DOWRY SYSTEM SHOULD BE STOPPED!

How to Stop Procrastination? Easy Steps to Improve Life.

How to Stop Procrastination? Easy Steps to Improve Life.

DOWRY SYSTEM SHOULD BE STOPPED!